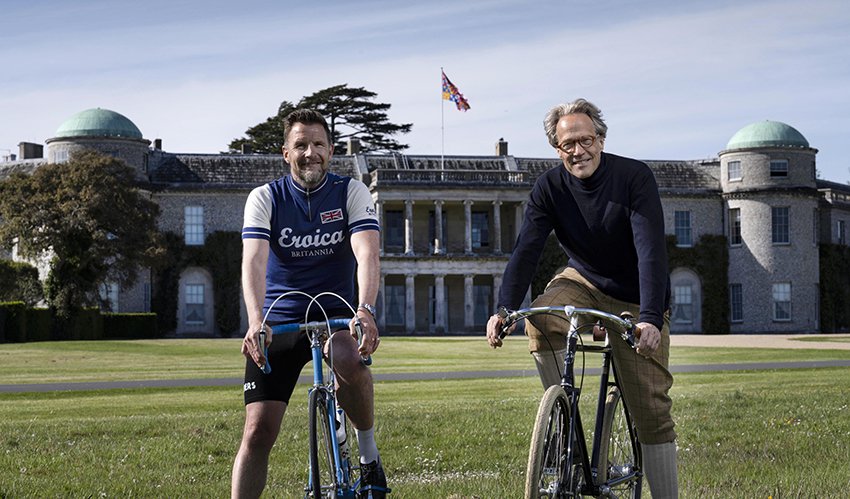 With a new year comes new hopes and dreams and in some cases resolutions. While I don’t normally bother with these, sometimes an idea can linger in one’s mind and can eventually manifest itself into a real belief.

During the first lockdown in April 2020 (yes it really is that long ago), I dusted off and blew the tyres up on my 16 year old mountain bike and began to very slowly and carefully cycle around the beautiful flat Oxfordshire countryside. This was one of the only exercise activities allowed along with walking my dog. Even when we were able to go back on the tennis courts, I continued cycling and ended up doing about 500 miles during 2020.

There was a change of venue for lockdown 3. North Yorkshire is not quite as flat and tranquil as Oxfordshire. The countryside is far more demanding and I discovered that, while I had not been so active on a bike since the 80s and the BMX era, I was beginning to enjoy getting out there, in the cold, rain and sometimes snow. Strava alerted me to a few friends and acquaintances who were also putting in the miles and some were quite hard-core cyclists.

In July, I spent a very pleasant day at the Goodwood Festival of Speed. It gave me the chance to see some amazing cars and catch up with an old school friend, Tim Bulley. He mentioned that Goodwood was going to be the new home for the iconic cycling festival, The Eroica Britannia. Covid allowing, it is to be held over the weekend of 6th & 7th August and it gives riders a chance to take out their pre-1987 bikes on either a family ride over 25 miles or, for the more keen ones, over 60 miles or 100 miles.

While plodding away over Christmas – still on my mountain bike – I finally decided that I should sign up for the 60 mile ride. I also managed to persuade my business partner, who never cycles and is only seen on a golf course, to go for it as well but maybe just the family ride!

We will both be raising money for Together for Short Lives which supports families caring for seriously ill children, helping them to make the most of every moment together. We had the pleasure of working with them last year when they became Morrison’s new national charity partner. While I’m sure the challenge won’t be easy, knowing that we will be raising money for such a worthwhile cause will spur us on!